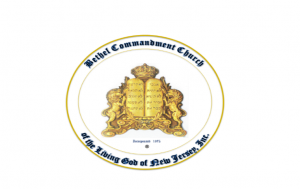 Basis of the Union: The supreme and sole purpose of this Union is to inspire individuals to seek salvation through obedience to the Commandments of God. We believe that this organization is founded upon biblical precepts which govern the lives of mankind. These precepts, as further defined, enable each believer to pattern his/her life according to the teachings of Jesus the Christ and His Apostles. And further, we believe that “all scripture is given by the inspiration of God, is profitable for doctrine, for reproof, for correction and for instruction in righteousness.”

The biblical references of this document and our belief are based on the Authorized King James Version of the Holy Bible (1611 AD translation).

The Seventh Day Sabbath: The fourth Commandment teaches man to do our earthly and natural work in the first six days of the week and to refrain from all labor on the seventh day (Saturday) and to set this day of rest in order to worship God. Jesus Christ taught that it was lawful to do “good” on the Sabbath Day. Such “good” is describe as healing of the sick; helping a neighbor in an unpreventable or unforeseeable predicament. The Sabbath Day begins at sunset Friday and ends at sunset Saturday.

Law of Clean and Unclean: We believe that only certain living creatures are to be eaten. The blood of flesh shall not be eaten because it contains the “life” of the animal. The judgment for eating unclean food is found in the Holy Scriptures. We believe in and adhere to those dietary laws found in the Book of Leviticus.

We believe that the body is the temple of the Holy Ghost, and that God’s people should be clean, refraining from any behavior/practice which would defile their bodies physically or spiritually. Therefore, smoking, chewing or snuffing of tobacco, drinking in excess of alcoholic spirits (beers, wines, liquors) and the use of illegal drugs are not to be practiced.

Baptism: We believe in water baptism according to the Books of Acts and St. John. Jesus Christ was baptized by John the Baptist in the River of Jordan. Jesus Christ came straightway out of the water which indicates total submersion.